Americans have a month until the presidential election when they must decide on the future direction of this country. The choice is indeed stark. We can bow to the Marxists and their evil taskmasters or we can embrace the secret lesson of those who long suffered under Cold War totalitarians: “Evil is powerless if the good are unafraid.”

That secret lesson is very appropriate for our time because the majority of Americans are “good” but gripped by fear. They love freedom of speech and faith, individualism, capitalism, equality and patriotism. However, those American distinctives are at risk unless collectively we become unafraid of the evil Marxists and their violent progressive proxies like Antifa hiding behind the coattails of the Democrat Party establishment tearing at the fabric of our Constitution, our cities and seeding instability.

President Ronald Reagan explained the secret lesson for dealing with Marxists – “Evil is powerless if the good are unafraid” - in a 1981 speech. He said, “We’ve heard in our century far too much of the sounds of anguish from those who live under totalitarian [Marxist] rule.” However, those hundreds of millions at the time who lived in terror behind the Iron Curtain – the former Soviet Union - triumphed in the end because of the human spirit and because they abandoned fear and embraced God.

Reagan elaborated on the secret lesson in his speech to declare that “the Marxist vision of man without God must eventually be seen as an empty and a false faith.” Then the president cited Whittaker Chambers, an early editor for National Review, who said in his classic book, Witness, “‘The crisis of the Western world, Whittaker Chambers reminded us, exists to the degree in which it is indifferent to God.’” The newly elected president continued, “‘The Western world does not know it,’ he [Chambers] said about our struggle, ‘but it already possesses the answer to this problem — but only provided that its faith in God and the freedom he enjoins is as great as communism’s faith in man.'”

President Reagan defined the nation’s task to overcome the evil of Marxism by asserting “our commitment as a nation to a law higher than our own, to renew our spiritual strength.”

Reagan was right then and his words echo loudly today. In 2020 America is quickly abandoning God and “good” Americans are gripped with fear because of the Marxist-inspired violence in our streets, the instability across the culture and the left’s misguided progressive “faith in man.” The only solution, as the former president said, is to “renew our spiritual strength.”

That’s the thesis of my new book, Collision Course, The Fight to Reclaim Our Moral Compass Before It’s Too Late. Although America was founded by Christians seeking religious freedom and economic opportunity, we are quickly losing the “spiritual strength” that made us exceptional and caving to evil thanks to fear pushed by Satan and his progressive Marxist proxies in the mainstream media, by large corporations like Microsoft and true radicals like billionaire philanthropist George Soros, who gives millions to fuel anarchy.

As a result of the evil and fear America finds herself at a moral tipping point having abandoned much of her original Christian influence. Why? We are in a spiritual war, even though the majority of Americans self-identify as Christian (65 percent), they mostly disregard their faith and watch from the cultural sidelines as Satan and his proxies aggressively water-down Christianity’s former influence and replace it with fear and call on man to follow their evil lead or else.

The lack of Christianity’s influence is evident in terms of the anti-God left’s attacks against our defining institutions: family, religion, government, education and economy. Thanks to the left, God is no longer allowed in our schools, government, economy and more recently, we can’t even go to church thanks to evil religion-hating progressive politicians who use the COVID 19 pandemic as an excuse to shutter public worship. The solution to this anti-God war, as President Reagan said, is “to renew our spiritual strength.”

In Collision Course I call for a true repentance among Christians in order to change course – “renew our spiritual strength,” in order to avoid America being relegated to the dust bin of history and end times irrelevancy. Specifically, I outline a plan in Collision Course to renew this country spiritually which includes a call to fearlessly confront the evil within our culture and abandon fear.

A significant aspect of that renewal requires Christians to fearlessly confront our antichrist culture across the five defining institutions. In fact, being fearless is a scriptural mandate and it begins with every believer.

I write in Collision Course: “Jesus deals with the topic of fear, as recorded in the Gospels. For example, in Luke 12 (ESV), Jesus reassured and encouraged His followers. ‘I tell you, my friends, do not fear those who kill the body, and after that can do nothing more’ (verse 4). ‘Therefore, I tell you, not to worry about your life’ (verse 22). Finally, He lovingly said, ‘Do not be afraid, little flock, for it is your father’s good pleasure to give you the kingdom’” (verse 32).

As you can see from this scripture fear is not becoming for the Christian. Discard fear, become fearless, and confront the evil within our culture, remembering that we are accountable to God for our actions.

Being fearless in our culture is pushing back against the Marxists and progressives who promise peace if we only surrender to their demands. But ask yourself, is there nothing in life worth fighting for? Be courageous and tell our evil enemies there is a price we will not pay to gain their false promises of free everything and security; and there is a point beyond which evil like abortion on demand will not advance.

We must put God back into America’s defining institutions – family, religion, economy, government and education. We must push back against the purveyors of evil and we shall not be afraid. Then we are ready to set a true course for this nation and select the leaders that will take us in a Godly direction.

Mr. Maginnis is a retired Army officer and the author of seven books to include his latest, Collision Course: The Fight to Reclaim Our Moral Compass Before It’s Too Late. 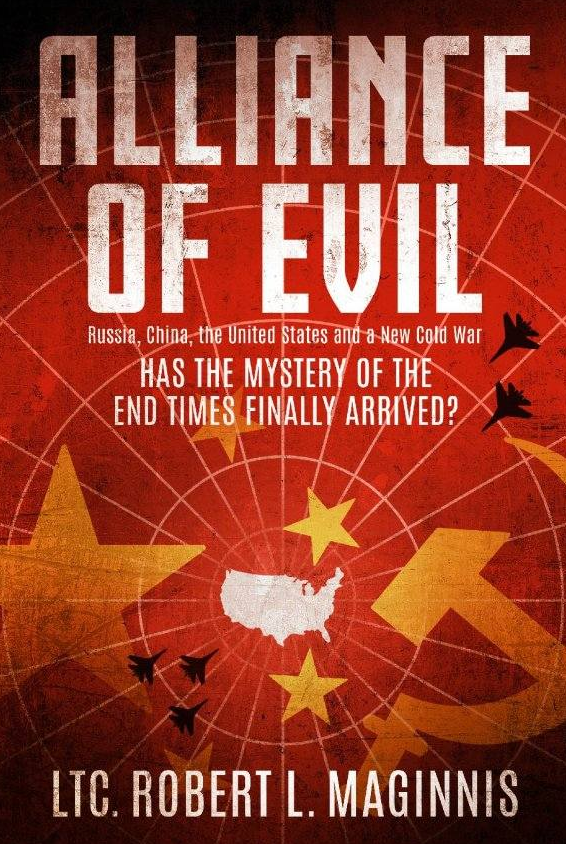 Russia’s Putin Hints at Alliance of Evil – Existential Threat for Next U.S. President